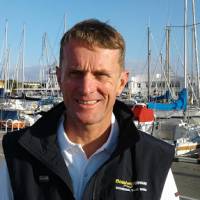 I was brought up sailing with the family in the Irish Sea. The family boat was a 23' bilge keel, which we upgraded to a 26' GRP version as we outgrew her. Later on, I moved down to the South Coast, and after a spell of teaching dinghy sailing, I did 2 seasons, working on a fishing boat. We were based out of Weymouth, on the South West coast. Fishing was mainly with charter groups, fishing the channel wrecks, as well as the races of Portland, and Alderney.

I then moved on to work on yachts, running transatlantic charters and racing the Caribbean regattas. This led on to competing in the Clipper race, firstly as skipper of 'London Clipper' 02/03. then 'Glasgow' Clipper 05/06, in the biannual Round the World event. I joined 'London' in Hawaii, and raced to the finish in Liverpool.'Glasgow' I joined in Freemantle, WA, and again raced to the finish in Liverpool.

After the excitement of all this, I moved across to working on luxury yachts, and ran an Oyster for three years, doing Mediterranean and Caribbean seasons, and the transatlantic crossings. I now live in Mallorca, and when not on or around boats, can be found reading, cycling, and fishing. 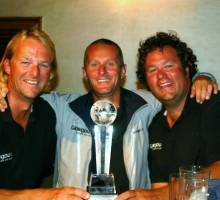 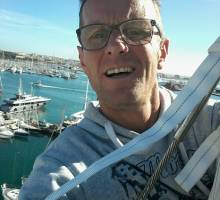 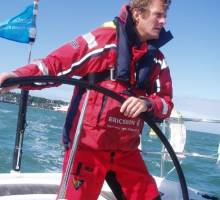